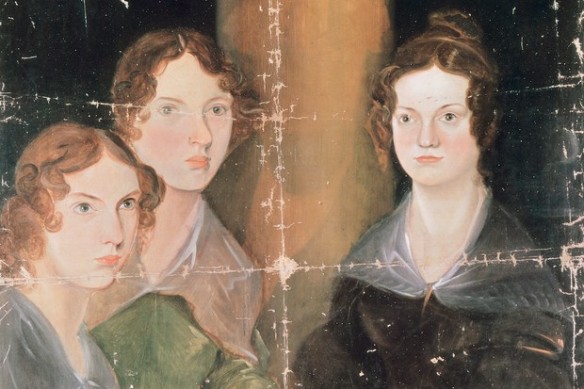 When at the beginning of the past century more occupations were opened to middle class women, marriage ceased to be their only means of emancipation. They become free to choose the man they wanted, free to get a more specific education that could provide them with a career, free to live the life they wanted and be the architects of their fate. The dawn of a new era.

Yet, if we go back to Regency or Victorian times the word emancipation for a woman could only but coincide with one event in the life of a girl: the catching of a husband. On this purpose girls were taught to be “accomplished”, that is the learning of all those talents like singing, drawing, dancing which were useful to be noticed and appreciated in society, but useless outside those circles. Since a woman dreamed to break free from family ties as soon as possible, there was often no time to wait for a Prince Charming to be met in one ball or another, so if a good offer came, well, it couldn’t but be accepted. 27 years old, still unmarried Charlotte Lucas’ s concern to become a “burden for her family“, meant, above all, her fear to be exposed, unprotected, alone without the presence of a man beside her, that is why she promptly grabs what she believes to be her last opportunity to marry, which comes in the shape of Mr Collins. Odious Mr Collins represents her independence and she is happy with it.

Of course, we cannot know what happened behind closed doors once married: were these women satisfied with their new position of mistresses of house? Is that the life they expected? Did they feel really liberated once left their native homes? If we peruse the gallery of female characters drawn by the three Brontë sisters, we may find some interesting answers to our questions. In Wuthering Heights, just to start with, Emily Brontë ‘s heroine, Catherine Earnshaws, marries for money. She accepts the proposal of a very good man, Edgar Linton, the best catch in the neighbourhood, who offers her wealth, station, his heart. Nonetheless the charming lot won’t be enough to secure their happiness. Catherine’s obsessive love for Heathcliff will make her feel entrapped in a match she has learnt to loathe, till torn between duties and unfulilled desires, she dies. Catherine is actuallly overwhelmed by the weight of Victorian code of behaviour and morality. She is not strong enough to ignore what society required and accept the man she loves, Heathcliff, as her companion, because he is too far beneath her station. She cannot be blamed for that.

Helen Huntingdon, Anne Brontë’s protagonist of the “The Tenant of Wildfell Hall”, marries for love, but once the first intoxication of the mind and senses vanishes, what remains is the naked truth made of abuse and fear. She will suffer abuse and mistreatment from her husband Arthur, a libertine and lover of London social life, but since she cannot accept it and she convinces herself that she can redeem him – huge common mistake – that is why she closes herself in a marriage in which she is first tyrannized and then abandoned and betrayed, even forced to suffer the presence of Arthur’s lovers at home. Only when she realizes that Arthur is turning her son against her by educating him to alcohol and gratuitous violence, she decides to leave the marital home going against all moral and social laws. This is precisely the crucial point of Ann Brontë’s work. She focuses on the problems of the Victorian era: from the custody of children to the theme of divorce. Anne fits perfectly into that group of dissident intellectuals of the Victorian era who rebel against the hypocrisy of the upper classes and the enslavement of bourgeois respectability.

Jane Eyre, Charlotte Brontë’s heroine, marries for love, compassion, as her free choice. It is the most unlikely of the three plots considering the times. Rude, liar, seductive, rich, Mr Rochester offers his love and hand to Jane, a poor governess, omitting to say that he is still married to a woman, Bertha Mason, he keeps secluded in a room. He has got his reasons, of course, she is mad and dangerous. He also claims his right to happiness and in a way, being Jane’s social and economic superior, he thinks he is allowed to behave so. But Jane will accept to marry him only when she feels herself his equal, and of course, after the most important obstacle between them will be removed, that is, his wife, who will die eventually.  Rochester, who will be blinded by the fire, which will destroy his manor house at the end of the novel, becomes weaker while Jane grows in strength and confidence, after having inherited from an uncle, found real connections and even another suitor at hand. She is free to marry a man who loves and  whose faults are no mystery to her, thus contradicting one of Charlotte Lucas’s pearls of wisdom:

“‘ . . . it is better to know as little as possible of the defects of the person with whom you are to pass your life.’

Jane wanted no surprises. At least no more.