Susanna and the Elders

What if you had been gifted of a unique talent but not allowed to express it freely because you were born woman. If Shakespeare had had a sister, endowed with the same degree of genius, or even more, what would have become of her, was Virginia Woolf’s question in “A Room of One’s Own”? Marriage, children, a woman ‘s  “career” was quite defined whatever her social status was at those times. Hence, Virginia Woolf ‘s conclusions were that had such a playwright existed, she would have died in obscurity, her poetry unexpressed, her voice made dumb. 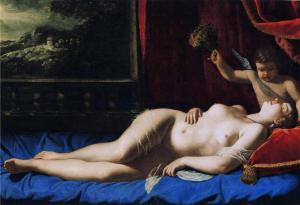 Well, exactly at those times, when Shakespeare was at the peak of his popularity, a woman was struggling to gain hers as an artist. Born in Rome on 8 July 1593, Artemisia Gentileschi was the eldest child of the Tuscan painter Orazio Gentileschi.  Artemisia was soon introduced to painting in her father’s workshop  just like her brothers but soon Orazio saw where real talent harbored among his children and it was in those little, delicate fingers of her daughter. He encouraged her and taught her how to draw, mix color and  paint, but at the same time, she had to take her mother’s place, who had lately died, and bear the burden of the various responsibilities of family business, home management and the custody of her three little brothers. Whatever Artemisia had learnt, therefore, it was within the domestic walls. Even Caravaggio’s technique, the most popular and innovative painter of those times that had influenced her style so much, was not apprehended directly but through his father’s paintings. As woman, she was unable to enjoy the same learning paths undertaken by her male colleagues. As you can easily guess, painting was considered almost exclusively male and not feminine at that time. However; Artemisia’s talent was blossoming to such an extent that Orazio allowed her to work on his canvases. It was in 1610, at the age of 17, when she produced what, according to some critics, is the work that officially seals Artemisia’s debut into the world of art: “Susanna and the Elders“(Susanna e i Vecchioni).

The episode to which the work relates is narrated in Daniel’s book from the Old Testament. Susanna is a young and chaste girl, who is surprised naked in the bathroom by two elderly gentlemen attending her husband’s home. She is subjected to a sexual blackmail: either she will agree to submit to their appetites or the two will tell her husband that they had surprised her with a young lover. Susanna accepts the humiliation of an unjust accusation and only later Daniel will bring to light the lie of the two elders. Maybe it was a presage, but incredibly Artemisia will experience a similar event with devastating consequences in her life. In 1611, when Artemisia’s father was working with Agostino Tassi, a talented painter, to decorate the vaults of Casino delle Muse inside the Palazzo Pallavicini-Rospigliosi in Rome. Orazio decided to hire him to mentor his daughter privately, despite the rumors about his obscure past.  During this tutelage,Tassi raped Artemisia.

Which were Artemisia’s options? Telling everything to her father? What if he had not believed her? Denounce the rapist? Bearing the consequence of public exposure and comments? She decided to be silent. She even continued to have sexual relations with Tassi, hoping he would marry her, thus restoring her dignity and future, but Tassi continually postponed the marriage, using his promise as a means of convincing her to continue sexual relations with him. Nine months had passed and rumors about the liaison reached the ear of Orazio. The two were confronted and eventually both Tassi and another “gentleman” Cosimo Quorli (who had tried but failed to rape Artemisia and had helped Agostino plan visits to her house when her father was absent) were charged. The trial lasted seven months in 1612, and received, as you can well imagine, considerable publicity.

The major issue of this trial was the fact that Tassi had taken Artemisia’s virginity. If Artemisia had not been a virgin before Tassi raped her, Orazio would not have been able to press charges. “What I was doing with him, I did only so that, as he had dishonored me, he would marry me….I have never had any sexual relations with any other person besides  Agostino..” she declared, but these were only the words of a woman, therefore; during the trial she was subjected to a gynecological examination, first to verify her testimony and then tortured with the “sibille”, thumbscrews, involving cords of rope tied around her hands and pulled tightly, in order to “prove” that she was telling the truth. During the torture, which, of course, seriously injured her hands, thus risking her career, she was repeatedly asked whether or not Tassi had raped her, and she continually responded: “it is true, it is true.” 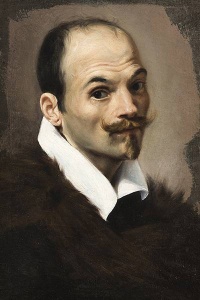 During the trial Artemisia discovered that Tassi could have never married her, because he already had a wife, a wife that he had planned to murder, but still alive. Furthemore; he had been engaged in adultery with his sister-in-law and had in mind to steal some of Orazio’s painting. Not exactly a Prince Charming. After the trial he was condemned to five years of imprisonment or, alternatively, perpetual exile from Rome. Of course, he opted for the second possibility, but he managed never to move from Rome. Hence; even if Artemisia won, her  in Rome was completely undermined and  an impressive  amount of licentious sonnets that saw her as protagonist started to spread. One month after the trial, in order to save her reputation Artemisia married a painter, Pierantonio Stiattesi and moved to Florence. She and her husband separated a few years later.

What followed were years of hard work, but also fame. He travelled and made herself known all over Europe and her genius reached even the court of Charles I. Of course, the consequences of the rape and subsequent trial had left inevitably a profound impression on Artemisia’s life and art, thus  transposing the psychological consequences of the violence suffered on her canvas. Very often, “la pittora”(the woman painter) as she was called, turned to the uplifting theme of biblical heroines such as Judith, Jade, Betsabeah, or Esther, who – fearless of danger and animated by an upset and vindictive desire – triumph over the cruel enemy, and somehow, claim their right within society. In this way, Artemisia soon became a kind of protofeminist, permanently in war with the other sex and able to incarnate the desire of women to affirm themselves in society.