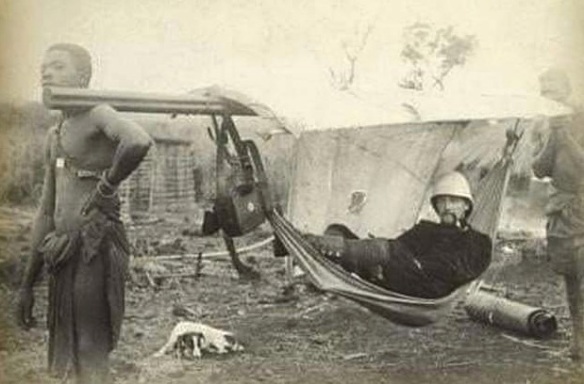 When Theodore Roosevelt read  Rudyard Kipling ‘s poem: “The White Man’s Burden: The United States and The Philippine Islands”, was so very favourably impressed that he copied the poem and sent it to his friend Senator Henry Cabot Lodge with the following comment : “rather poor poetry, but good sense from the expansion point of view“. The publication of the poem in McClure’s Magazine in February 1899  coincided with the beginning of the Philippine-American War and U.S. Senate ratification of the treaty that placed Puerto Rico, Guam, Cuba, and the Philippines under American control. In his poem Kipling invited the U.S: to take up the “burden” of the empire, as Britain and other European nations had done. Kipling thought that the white man had the duty to help the less fortunate peoples of the empire and the goodness of their civilizing mission would have crushed any resented opposition even if, choosing the word “burden” to define this glorious accomplishment, Kipling somehow underlined that it was not such a simple task. More than one hundred years after the publication of this poem, just reading through the pages of any newspaper, we know there must have been something underrated in that optimistic vision. 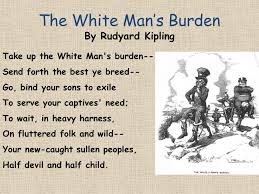 The fact is that the “civilising mission” consisted not only in expanding a more modern economic and social system – certainly more for the sake of the civilizers rather than the  civilized – but imposing those values and habits typical of western cultures without caring much of the sensibility of the “captives” that Kipling defined in the poem “half devil and half child”. In these last two expressions there is all the blindness and hypocrisy of an age. The natives were seen as devils, that is “sullen”, dark , evil; therefore, they needed to be redeemed. At this point we should remember the role of the Church in promoting the idea of the expansion of the empire as fundamental for the spreading of the Christian faith. Since the discovery of America, economic and religious issues had always gone hand in hand, in fact. However, that childish trait should have made easier the “salvation” of those poor souls, because of their “natural” naivety and gullibility. Needless to say that such representation earned Kipling bitter accusations of racism. 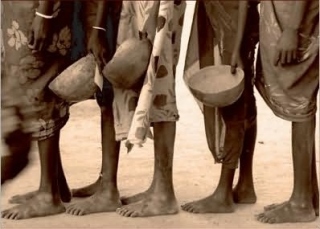 Certainly in those words there was nothing new, but a prejudice which had been commonly shared for ages; therefore, the civilizing mission of the white man was deliberately indifferent of those values expressed by the cultures of the subdued peoples of the empire, which were considered inferior. Even Robinson Crusoe, after all, was a prototype of this vision. He feeds Friday, teaches him British good manner and even if they are alone on a desert island the master and servant relationship is preserved: Robinson wants to be called “Master” and names his companion “Friday”, rather than giving him a proper name; therefore, he does not seem to consider him a person, he just wants him to remember the day Robinson/ the Master saved him and then he proceeds with his own private civilizing mission. Had he been interested, he would have made the effort to ask his name, but maybe it sounded too democratic for the time. 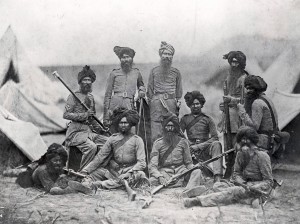 But is it really possible to cohabit just fixing the rules of a master/servant relationship based on an alleged superiority, without caring about the nature of that servant? There is a great risk, in fact. It could happen that  the Fridays in the world one day might rebel, just because of the carelessness of a Robinson for whom a little detail may be meaningless, while it is, actually, so meaningful for them, just like a trivial cartridge, for instance. We are talking about the Sepoy Mutiny in 1857. The British had issued the Sepoys, the native Indian soldiers of the Bengal Army, with new gunpowder cartridges. To load their rifles, the soldiers had to bite the cartridge first, but this simple action was considered an insult to both Hindus and Muslims, as they believed that the cartridges they were supplied with were greased with lard (pork fat) which was regarded as unclean by Muslims and tallow (cow fat) which angered the Hindus, as cows were equal to goddess to them. The Sepoys’ British officers regarded these claims unimportant, and suggested to grease a batch of the new cartridges with beeswax or mutton fat.  For the Sepoys this was evidence that the original cartridges were indeed greased with lard and tallow. Hence, a meaningless cartridge became the cause of a meaningful uprising that in all Indian History books is regarded as India’s first War of Independence.

22 thoughts on “The White Man’s Burden”